(1 Review)
Price
From50€
In order to book a private tour, contact us.

When you book with an account, you will be able to track your payment status, track the confirmation and you can also rate the tour after you finished the tour.
Sign Up
2747

Why Book With Us?

Do not hesitage to give us a call. We are an expert team and we are happy to talk to you.

This tour is a unique 3-in-1 tour! You will explore Salona – one of the most important Roman towns, the medieval fortress Klis, place where the popular Game Of Thrones series was filmed.

For lovers of history and archeology, there is a wealth of medieval and Roman history to be found in the immediate surrounds of Split. On the first stop, you’ll visit the ancient ruins in Salona, which was the capital of the Roman province of Dalmatia 2000 years ago, as well as being one of the five biggest towns in the Roman Empire.
From ancient Salona you will proceed to Klis, which is home to an imposing medieval fortress, perched high on a hilltop. This fortress became castle to many Croatian kings and served as a defense against the Ottoman invasion during the early 16th century. Finally, you’ll get a true sense of the city and learn interesting facts about its 1700 years long history on our informative Split walking tour.

At reception of your hotel

In front of your cruise ship 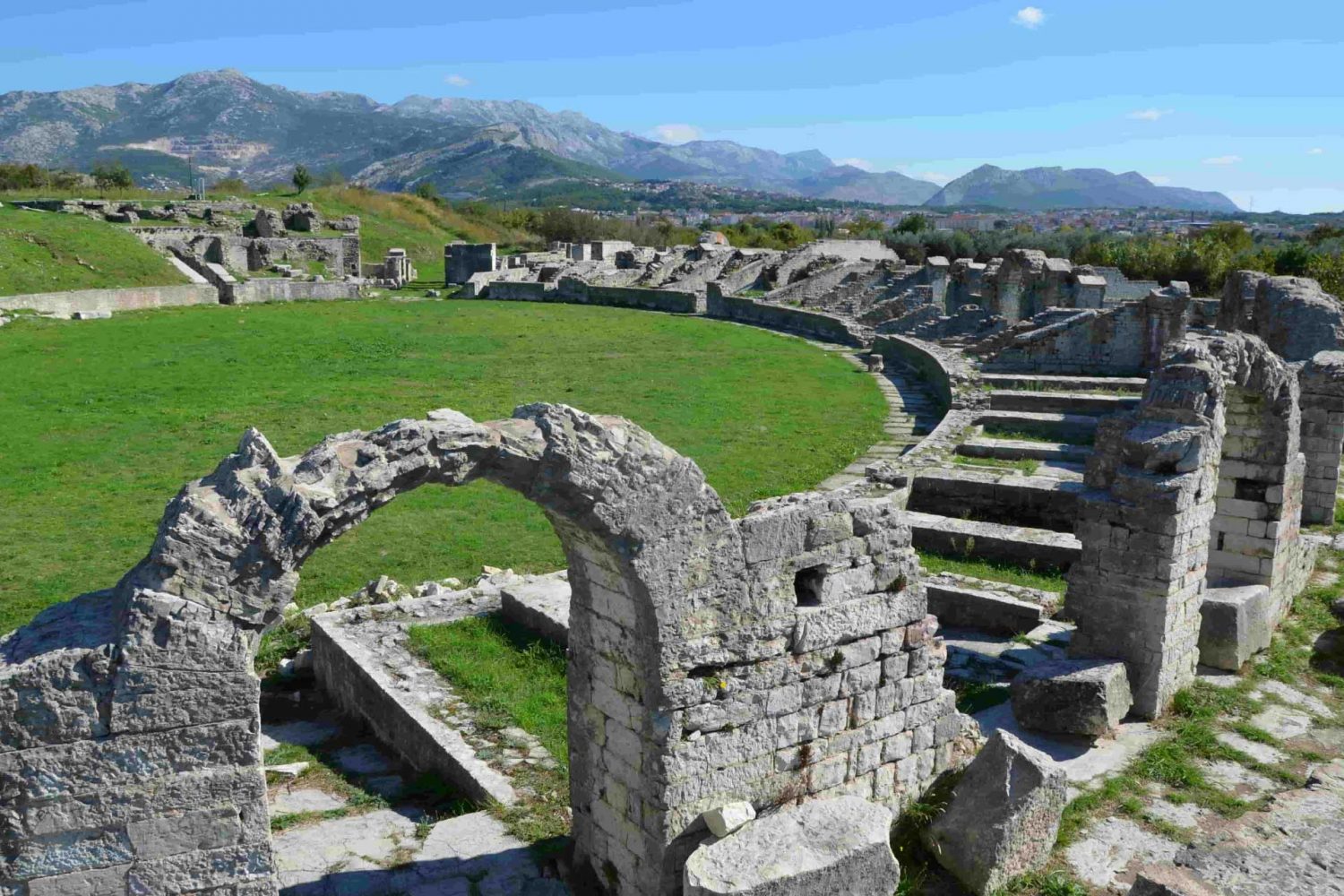 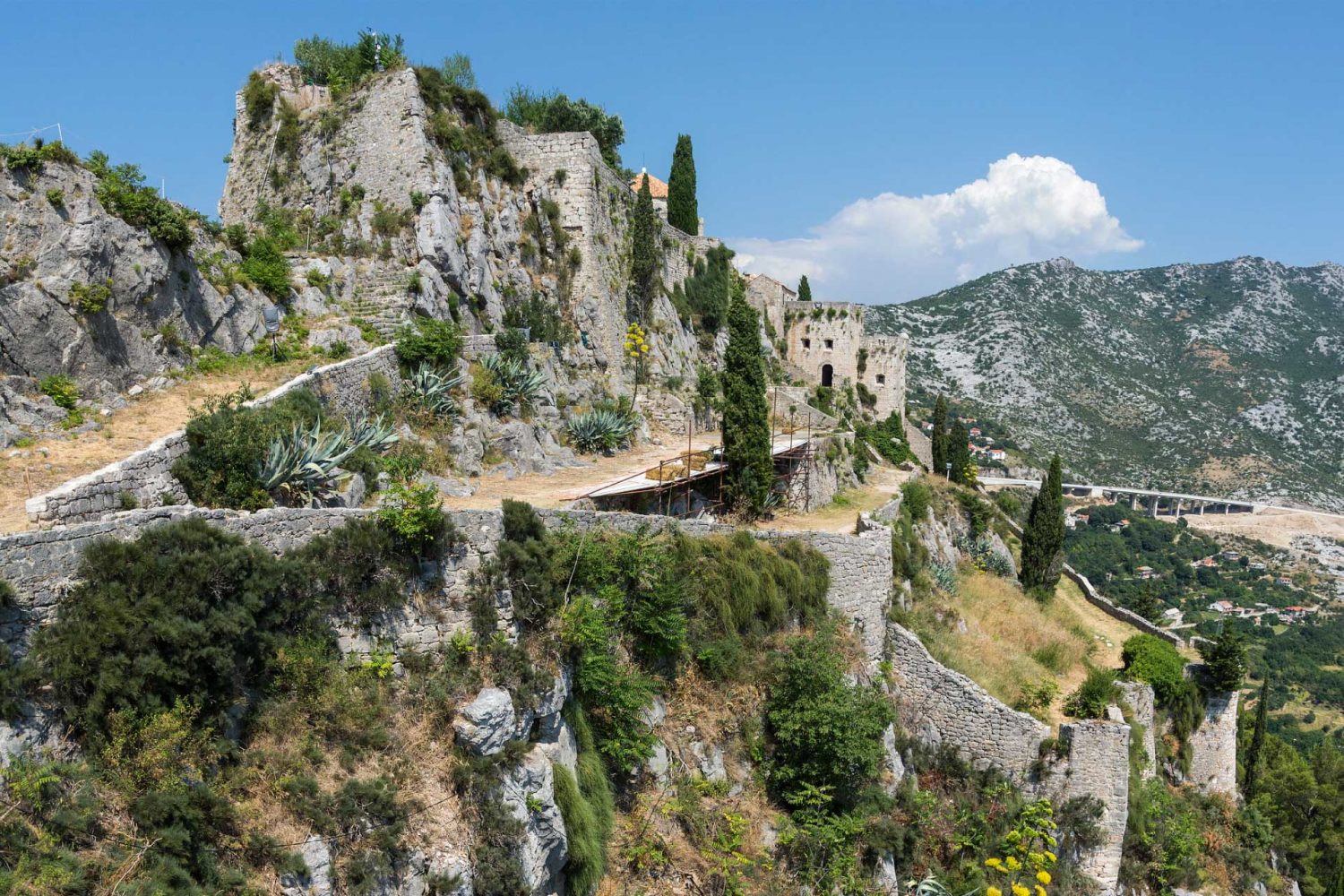 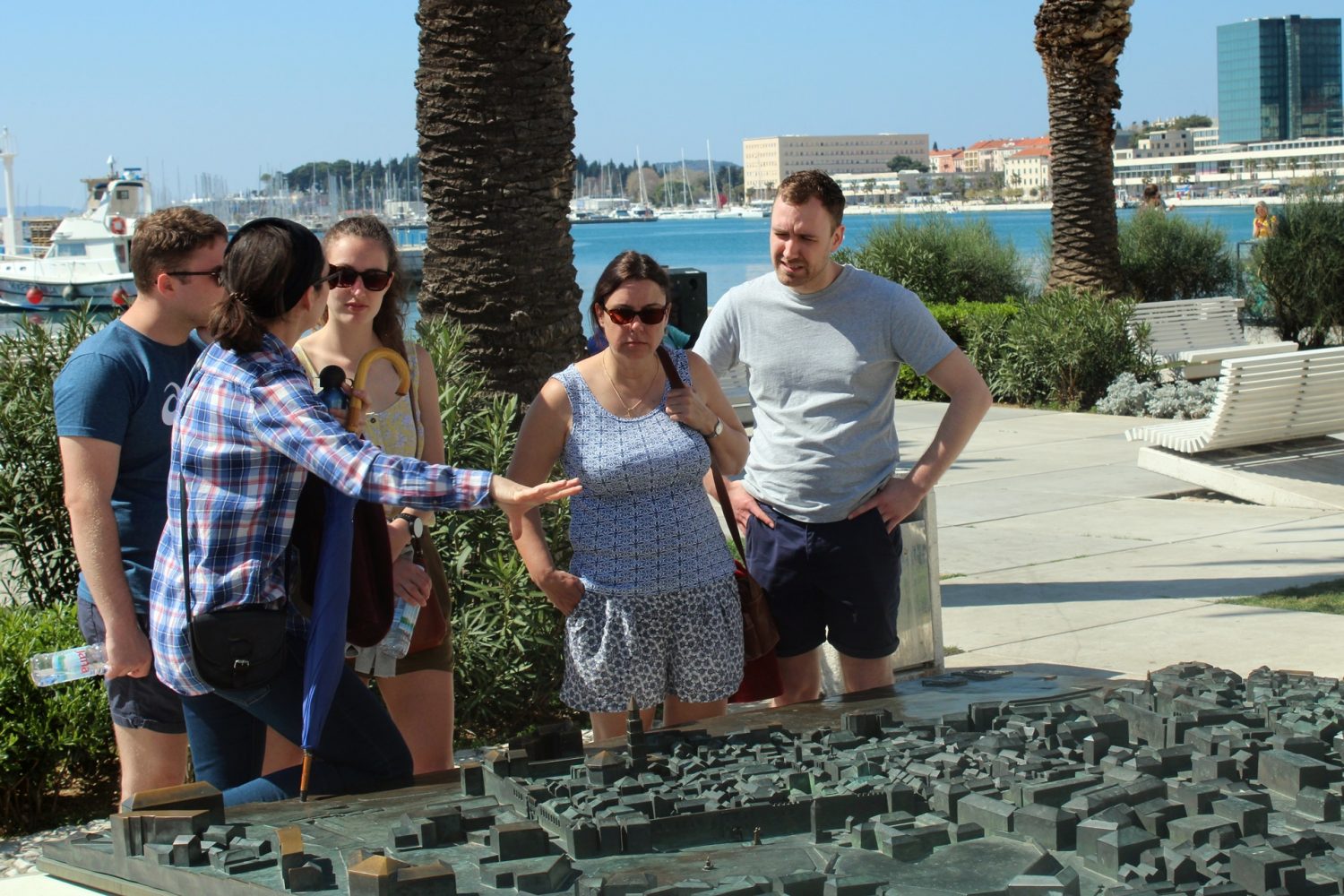 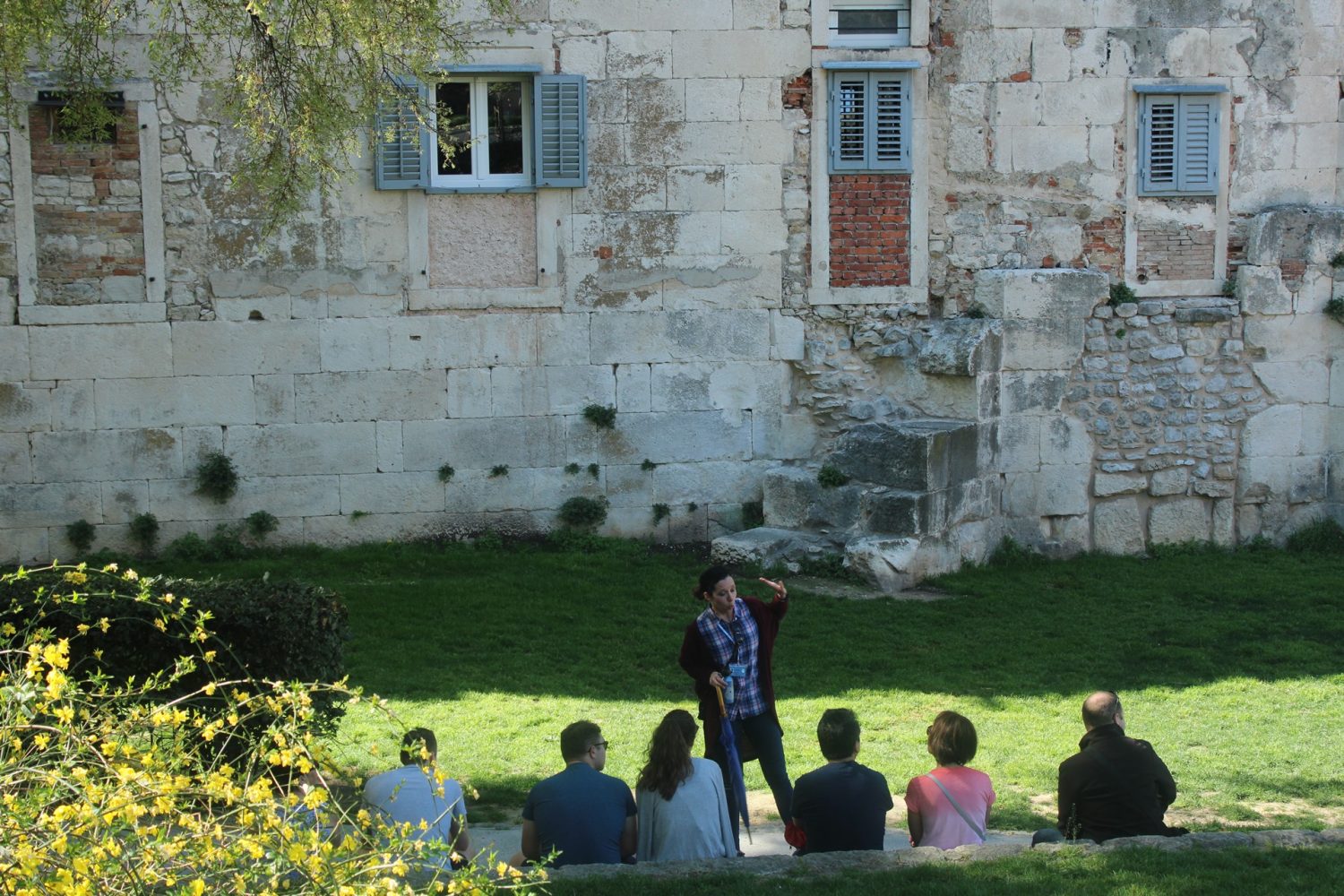 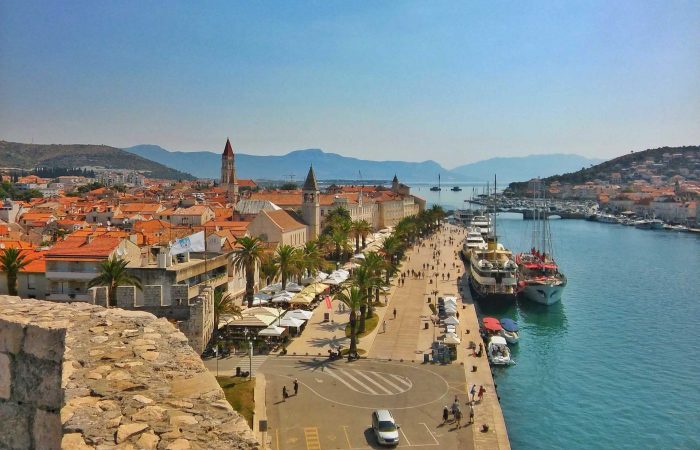 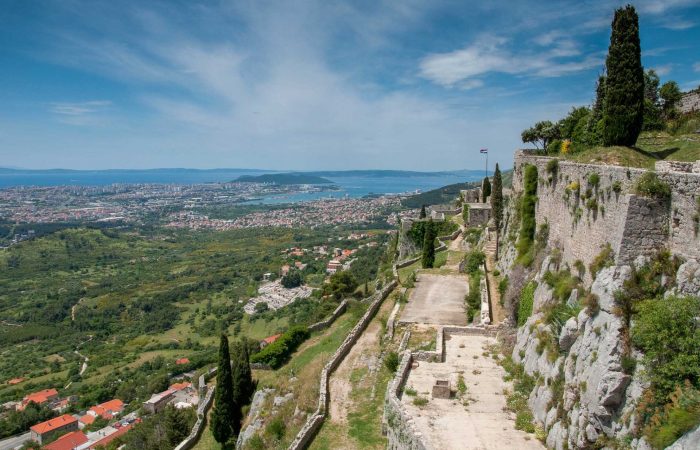 Interesting tour, you get to see so much in one day! Recommended


Having trouble with completing your online purchase?- Don ́t worry. We got you covered! Carefully follow these few steps, and you'll be all set in no time.

After you click any “Book now” button on our website you will be displayed the booking form as shown in the picture down bellow. 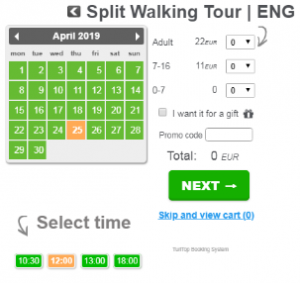 In this step you need to choose the date, preferred time of a tour and the number of people. In case you already have your promo code, simply enter promo code to get your reduced price.

In this step, fill out your contact information. Kindly note the required information in order to process your order: Name and the email address. 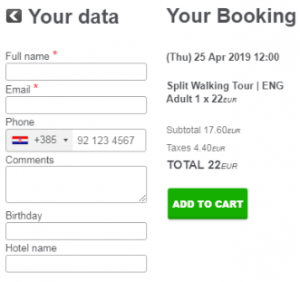 There are 2 possibilities to make a payment: a) via PayPal credit card gateway b) Credit or debit card Choose the option that best suits you, and fill out the necessary information in order to  finish your purchase. 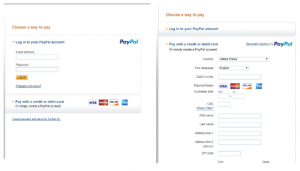 *CREDIT CARD PAYMENT METHOD In order to complete your payment, please fill out the credit card booking form available on the following link: https://splitwalkingtour.com/online-payments/. Kindly note not to miss to submit your RESERVATION NUMBER so we are able to address your reservation accordingly. We are about to charge the same amount as stated in the system.   The only thing that's left is to set off your Split adventure in good spirits and comfy shoes, and leave all the rest to your Split Walking Tour team :) Please note that if facing any problems with the booking procedure, you can always reach out to our support team who are more than happy to assist you with any issues you might have. You can also visit our office at  Dioklecijanova 3 and book your experience on the spot!
Close
To book a private tour, contact us